The phrase Mind the Gap or some derivation of it is in use on light rail and subway systems throughout the world. It serves as a quick and concise reminder to travelers that they should heed the space between the train platform and the railcar they are entering or leaving. Hence, if one fails to pay attention to where he is going, or forgets to mind the gap, bad things could happen.
For too long, Freemasonry has forgotten to mind a gap of its own – the generation gap.  We like to think of Freemasonry as this timeless, changeless, transcendent institution. While that may be so of her core values and fundamental lessons, it certainly cannot be said of her meetings and social functions. Just as the Freemasonry of the 1700s bears little resemblance to our present practice, so too will the Freemasonry of tomorrow wear a face much different from the one we see today.
So what, precisely, is required to mind the gap? How do we connect with – and then keep – today’s young men? First we must examine how and why they came to have an interest in Freemasonry. Next, we need to ask what it is they hope to get from membership? Then we have one more step. No, that step is not to look at them and sternly inform them that this is the way we have always done it and this is the way we will always continue to do it. The last step is to adapt our sometimes pathologically inflexible Lodges to the wants and needs of the men we wish to attract. Let me say that again. We must adapt our sometimes pathologically inflexible Lodges to the wants and needs of the men we wish to attract. Heresy, right? But what about strawberry night? We’ve done that for 50 years and it used to be crowded. Sure, it used to be. Is it now? If not, it should at least be considered for the chopping block.
Whence come the young? If you’re over 50, there’s a good chance that you were attracted to Freemasonry because you knew and admired a man who was a Mason. Maybe it was your father, your boss, someone from your church, or a well-known member of your community. You knew very little about what to expect from the ceremonies, and you knew even less about what any of our symbols meant. All of the men (or at least the majority of them) were men you respected. You joined because you wanted to be like (or at least keep company with) the men you respected.
Mind the Gap, Brethren!
Today’s young man knows more about Freemasonry before he joins than some of our current members. He has gained knowledge of the ritual, symbolism and history of the Craft, as well as those of other esoteric bodies via the internet. He has seen television shows and movies that (usually) portray us as shapers of history. While he may know a few Masons, they probably were not his reason for joining.
He comes to us not from other Masons, not from his father’s insistence that he join, and not out of admiration of people that he knows and admires. He is attracted to the mystique of this institution that has worked behind the scenes in the birth of nations and battles for freedom, and captivated the minds of the great thinkers of the past. Freemasonry holds for him the key to unlocking his own inner philosopher or freedom fighter.
So, what come they here to do? Again, if you are part of the over 50 crowd, you might have joined because many of your work colleagues belonged. Perhaps you thought of it as an excellent networking opportunity. You may have been motivated by the idea that they were visible in the community at a time when community meant a whole lot more than the three street, all cul-de-sac subdivision that you lived in. Your Masonry involved marching in parades, attending church services as a Lodge, working with large and thriving youth groups, organizing community festivals and the like. But those things don’t really exist anymore – certainly not in the way they did years ago. They are relics of a time when most families had one car, bought their meat from the butcher, their bread from the bakery and tacitly accepted the sad fact that they couldn’t buy fresh asparagus at Christmas time.
Mind the gap, Brethren! 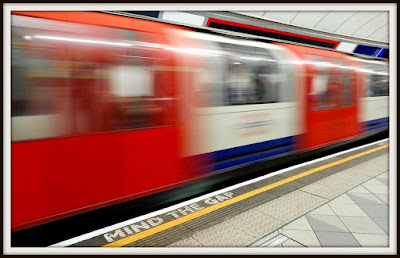 While the young man who is seeking admission today might not mind marching in a parade, that isn’t why he sought us out. His primary focus will never be flipping pancakes or peddling raffle tickets. Don’t misunderstand me. Those things aren’t bad. Working behind the scenes at the community breakfast gives him a chance to know his Brothers better, and selling tickets makes him feel he has a vested interest in the Lodge’s future. If that’s all you give him, though, he will soon be one of the few who “get his Degrees and never return,” and you will be left scratching your head.
Today’s young man joined to gain insight into the meaning of his life, to perfect the better side of his nature, and to give back to his fellow travelers. Do we give that to them? Do we listen to what they want, or do we tell them that they should want what we offer?Here Are we even willing to change to keep them?
I refuse to believe that Benjamin Franklin, Voltaire or Mozart rushed home from a busy day of diplomacy, philosophizing or composing, changed into a fresh ruffled shirt and knickers so they could to get to Lodge to hear the reading of the minutes, pay the bills and learn about income tax preparation, retirement planning or fly fishing.
In an age where most young men know each other only by avatars and screen names, and the closest thing they get to human interaction is a poke or a retweet, we have a tremendous opportunity. We can take them by the hand (literally), raise them up and say, “See. There is something bigger and more important than yourself and the tiny virtual universe contained in your iPhone,” or we can stubbornly cling to the Freemasonry of the past and wring our hands as they walk out the door, disillusioned and unfulfilled.
So what do we do? Start by asking what would Lodge need to be like to convince your child or grandchild to join? What would we need to give them in the Lodge to make them miss their child’s soccer practice or a night at home? I suspect it would be something Masonic – something they couldn’t get anywhere else. It could be something as simple as having an open discussion about the ancient charges. Spend fifteen minutes dissecting exactly what it is we are charged to do in the opening, closing, or the degrees. You could download one of the Grand Master’s PowerPoints, show a quality YouTube video on Masonry, or engage a speaker.
Next, we need to educate them. I’m talking now of Masonic education. In order to make young men into Masons, we need to teach them Masonry. Encourage them to use the education portal. You can even use it with them. We have the Master Builder program for new Masons, and now we have the Master Pillar program for the more seasoned among us.
Lastly, we need to value them. By that, I do not mean that we approach them following their Master Mason’s Degree and ask them if they want to be Junior Warden next year. We simply need to get the new members involved – to make them feel valued and necessary. And we need to do it in a way that works for them. If they are excited about floor work, make a spot. If they want to try a fundraiser that you’ve never done, let them chair it. Play on their strengths, their interests, and their abilities. If you do that, they’ll come back because they have purpose.
We don’t exist in a vacuum. As timeless as our teachings may be, we need to adapt them to the actual time we are in. The Lodges that do that the best will succeed. The ones that do not will struggle. The future isn’t bleak, Modern Vitruvians, it is just different.
Mind the Gap!
Posted by Unknown at 7:56 AM No comments: