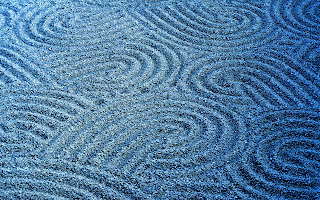 Secondly, we need to become more aware of our own attitudes.   The words we speak (or fail to speak) and our tone of voice are obvious indicators of how we feel about someone.  Posture, facial expressions, body language and general demeanor are more subtle, but easily discernible indicators of our feelings too.  Sometimes changing someone’s attitude toward you is as easy as changing your own.  If you had a lousy day, remind yourself of how fortunate you are to be spending time with your Brothers.  If you drive to Lodge exhausted and world-weary, make an effort to feel the energy of the group and let it heal your soul.  You will be surprised at how much a positive mind-set can change you.  Attitude is everything.  Attitude is the difference between cleaning the litter box and raking the Zen garden.
So you’re probably wondering about Dylan and Henry.  They’re going to be okay.  They are reading this column right now – just like you.  The next time they come together it will be with a new understanding – both of themselves and of each other.  Dylan will ask Henry to help him plan some of his programs which he will gladly do.  Henry will begin to see Dylan as the son that loves Lodge as much as he does.   And Henry is going to bring his wife to Lodge for surf and turf (and strawberries, of course).  They will have one of the most enjoyable night’s that either can remember, and will be sure to tell Dylan just that.  Dylan will be grateful for the affirmation.
As Modern Vitruvians, you will meet a Dylan or a Henry at some point.  When you do, try to see the world as they do, rather than through the narrow keyhole of your own experiences.   And remember to be positive.  I promise you that next time I see you in Lodge I will smile, even if I had a lousy day.  I will smile because, in spite of whatever life was giving me earlier, I am about to be blessed with the good fortune of spending time in a place of peace with you, my Brothers.
I shall close now, for I have other duties which call.  I have to get the scoop, er, I mean rake.  The cat is subtly reminding me that my Zen garden needs attention.
Posted by Unknown at 2:35 PM