Not wanting to let the first warm day of the year go to waste, Henry was busy clearing the winter debris from his tulip beds when Dylan pulled up. They stood there in the crisp spring air as Dylan recounted what had just happened.
“Beats me,” Henry said when the story was finished. “It always seemed like he had his act together. Are you stopping over there now?”
“Yeah. I want to drop these groceries before Carl gets home. I know he’ll give me grief. Actually, I’m hoping I can just put them on the porch and get out unnoticed.”
“You’re probably right. Most people would rather suffer silently and alone rather than admit they could use help. You know what I call that?” he asked. “Pride of Lonership.” He waited a beat before repeating it, beaming at his clever turn of phrase.
“Nice one, I may use that,” Dylan responded.
“Feel free. You’re one of a kind, you know that?” Henry said. “They say your generation is self-absorbed. I sure don’t see it in you.” He began fishing in his pocket for his wallet.
“I had some pretty good role models, including the guy who is about to try – unsuccessfully, I might add – to hand me twenty dollars for the four dollars’ worth of milk I just brought him.”
Henry flushed a little as he put his hand back in his pocket. “I am certain that I have no idea what you’re talking about. Now get out of here Mr. Know-it-all.”
“Fine. Love to Eva,” he said as he got back in his car.

Both of the Whitmans’ cars were in the driveway when Dylan pulled in. Great, he thought, so much for anonymity.
It took him four trips to transfer all the groceries to the porch. He had arranged them in a long sweeping arc, being careful to allow enough room for the storm door to swing open. Before he could knock, Carl opened the door wearing a baseball cap with the square and compasses on it. He was thin. Too thin. His sunken cheeks and ashen complexion made him appear utterly defeated. He didn’t notice the bags of food and baby supplies at Dylan’s feet.
“I guess I shouldn’t be wearing this, huh?” he said, referring to the baseball cap which he snugged down a little tighter. Dylan could barely see his eyes. “Sarah told me she ran into you. You may as well come in. I probably owe you an explanation.” He opened the door and noticed the bounty laid out on the porch.
“Yeah, there were a few things that Sarah forgot. I figured I’d bring them by,” Dylan said with a laugh intended to lighten the situation.
“I don’t know what to say.”
“I don’t need you to say anything. I need you to help me bring this all in. It took me four trips,” Dylan answered.
Sarah appeared behind her husband. “Dylan, you didn’t need to do this.”
“I know, but I lost the receipt so you may as well take it,” he quipped.
“Listen,” she said, looking at the ground. “I . . . should have told you the truth today.” She started twisting the drawstring of the hoodie around her finger again. “I just figured it was Carl’s story to tell, not mine.”
“No worries,” Dylan replied. “At all.”
“How about if we get this stuff into the kitchen, then you and Carl can come back out and talk. I can go play with the kiddos and give you some privacy.” She picked up several bags and headed to the kitchen.
Carl led Dylan back out to the front porch and gestured him into one of the rocking chairs. He swallowed hard and cleared his throat before beginning. “I, um . . .” He cleared his throat again. “I lost my job. They decided they don’t need salesmen anymore. They’re transitioning to internet sales.”
“That stinks. I’m sure something will come along quickly,” Dylan reassured him.
“I thought that too – six months ago.”
“Six months?! You haven’t worked in six months? And you have eight-month-old twins? Why didn’t you say something?”
“What was I supposed to say?” asked Carl. His chin was quivering. He drew a deep breath trying to compose himself. “What? That I couldn’t provide for my family? That I was a terrible father and husband?” Tears began to pool in the corners of his eyes, and he pulled his hat even lower. “I can’t do that.”
“Carl,” Dylan said. “We’ve known each other since we were kids. We played volleyball together. We joined the Masons together. You didn’t need to say any of those things. They aren’t true. You just needed to say ‘help.’ Say that, and your friends and brothers would have done whatever it took to get you through.”
“Former Brothers,” Carl corrected him as he wiped a tear from his cheek.
“Let me handle that. You’ll be back in at Monday’s meeting.”
“I can’t take charity from the Lodge. I’ll figure it out.”
“There’s nothing to figure out. And it’s not charity,” he said. Do you remember when we built the wheelchair ramp for Brother Bowers? Or put the roof on Brother Frank’s widow’s house?”
“Of course. What’s your point?” 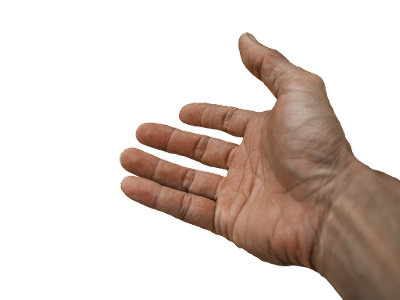 “We – you and I, and every other Mason who has passed through the Lodge – promised to help each other when necessary. That’s what those projects were. But we can’t help if we don’t know who needs it. There’s no dishonor in losing your job. It doesn’t make you less of a man. It shouldn’t bring you shame. And you shouldn’t go it alone – a wise friend called that Pride of Lonership. The Lodge always has its hand extended to lift you when you fall. It’s up to you to reach out and take it.”
“Sounds like something Henry would say. Maybe he’s right. I probably am too proud. Stubborn even. I’ve hardly been able to look at Sarah.” He started sobbing. “I wanted her to be proud of me, you know. It’s my job to take care of her, and I’ve failed. I’ve been doing odd jobs – shoveling driveways, handyman work – all winter long just to make a couple of bucks. What kind of husband am I?”
“Look at me,” Dylan ordered. “You’re the best kind of husband, and the best kind of father because you’re doing everything you can. Sarah isn’t ashamed of you, she knows this is temporary. She loves you. That’s why she protected you earlier today.”
“You’re too good to me, Dyl,” Carl said. He blew out a long breath. “I . . . I need help – short-term help. What do I do?”
“You just did it. You asked,” he replied. “Make sure you have a shirt pressed on Monday morning. I know I can get you something in my department. We’re expanding and haven’t even advertised yet.”
“How? I thought it was hard to get in there.”
“It can be. But I have lunch with the CEO a couple of days a month. Just the two of us.”
“Seriously? How’d that happen?”
“Long story. The short version is that I accidentally sat at his table on my first day because I was nervous and he had the only friendly face in the room. Now we eat together when it works out. Weird, huh?”
“A little. I don’t know what to say, Dylan.”
“Just say you’ll be ready to start on Monday when I call you. And promise me that you’ll be back to Lodge Monday night. Your brothers miss you.”
Carl took off his hat and ran his hands through his hair. He sat up straight, met Dylan’s eyes. “Thank you. . .Brother,” was all he could manage through the tears.
“Not necessary,” he replied as he rose to go. “Listen, there’s one more thing you can do for me,” he added.
“Anything.”
“One of those grocery bags has a couple of juicy ribeyes and a bottle of wine in it. Grill those up for you and Sarah tonight. Tell her you love her and that it’s going to be okay.”
Carl engulfed him in a long, tight hug before walking Dylan to his car.
“They say that pride comes before the fall,” Carl said. “Mine came after the fall. I was too proud to get help. I am an idiot.”
“No, you’re not. You’re human. Now go start the grill,” Dylan said before he drove off.
Carl stood and watched as Dylan’s car made its way back to the road. Sarah came out and took him by the hand.
“Is everything okay?” she asked.
“It will be,” he said, taking her in his arms. “It definitely will be.”
Posted by Unknown at 12:21 PM